Kendrick lamar has a new video. This video was made after the release of Mr. Morale’s album and The Heart Part 5 video. The video for the song N95 is filled with trippy grainy footage of skating, Jesus comparisons, and “This Sh*t Hard” in red. 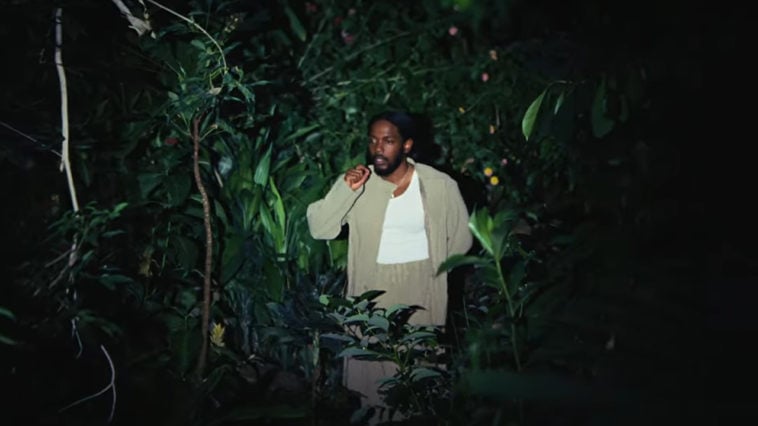 The video, which was directed by Dave Free with Kendrick, shows a new side to Kendrick’s visuals from his latest album. Kendrick is seen floating over the water, his arms extended outwards, invoking the symbolism Jesus walking on water and the cross. The song also contains constant imagery that shows what is happening.

In one of the lyrics, Kendrick says “I’m done with the sensitive, making it personal, done with the black and the white, the wrong and the right.” This is symbolized in the video where it shows a black child choosing a white baby doll over the black one, referencing the infamous “Clark Doll experiments” conducted in 1954.

The video was free-flowing with good energy. Baby Keem, Kendrick’s cousin, makes an appearance in middle of video to give Kendrick one kiss on the cheek. Kendrick was quite surprised and looked up at Keem to see if this was a scripted event or if it just happened.

After a five-year hiatus, Kendrick Lamar’s latest album, Mr. Morale and the Steppers, has been released. It was his last album on TDE. Kendrick has not yet revealed to which label he may be signing.

Mr. Morale and the Steppers is a double album that consists of 18 tracks – nine tracks on each side. Kodak Ghostface Killah and other artists are featured.

Lamar teased his fans with “The Heart Part 5” before the album was released. The video has been called a “masterpiece”. Lamar also teased fans with his new video “The Heart Part 5” prior to the album’s release. He gave a rare glimpse into his personal life, as well as the dual nature of his role in protecting and nurturing. Mr. Morale is predicted to sell 350,000 units in the first week.