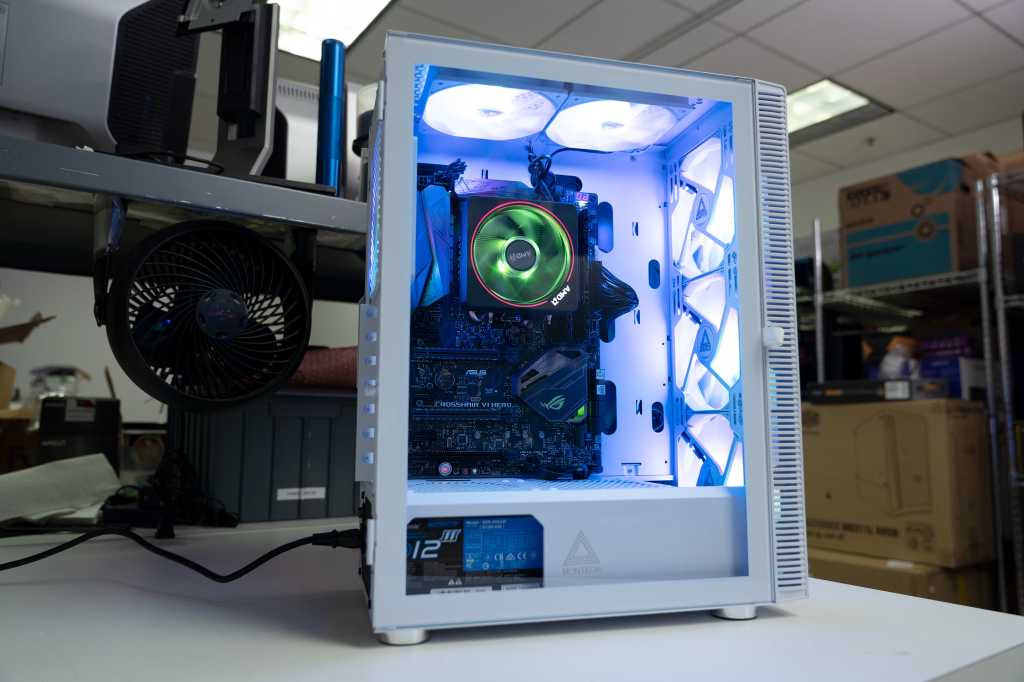 RGB doesn’t come cheap. A single fan costs about $15, and if you get a three-pack, the cheapest you can go is about $10 per fan for a non-major brand. Outfitting a mid-tower ATX case can easily add another $60 to $100 to your bill, depending on what type of fan and how many you get.

So when Montech casually released a $70 case last year with six included RGB fans, it caught our attention. Even with the rising shipping costs in late 2021, Montech didn’t budge on that price, either. We had to have one. We love great value, and it is important to understand if you are getting a very budget case with lots of extras or a sturdy case with few fans.

As you’ll see in the video above, the answer lies a bit in the middle. Montech makes smart decisions about where to cut corners, even if some design choices are, uh, choices–like the daisy chain of proprietary molex connectors that power the fans and their RGB. The result is a pretty attractive mid-tower, one good enough to earn our 2021 Case of the Year award, even if it feels a bit like seeing fancy rims and spoilers on a Honda Civic with manual-crank windows.

Just like a Civic, the basics are well-settled in this case. Some might find it uninspired but others will see it as a blessing. Because the X3 Mesh closely follows today’s trends, it offers a layout similar to popular mid-towers costing $30-plu more. You can mount a ton of fans inside this airflow case: up to three 120mm or 140mm fans at the front, up to two 120mm at the top, up to one 120mm fan at the rear, and even up to two 120mm fans over the power supply shroud. Not that you need to pay extra to populate most of those spots–the six included RGB fans break down as three 140mm at the front, two 120mm up top, and one 120mm at the rear.

Radiators are also possible in this situation, but they’re not listed on Montech’s official specifications. You can do up to a 240mm rad at the top and up to either a 280mm or 360mm rad at the front.

Some quirks prevent this case from being an outstanding choice. For example, the cutout in a power supply shroud that shows the side of the PSU. This is because most people won’t buy a high-end enough PSU to justify the display. But those included RGB fans and a hinged tempered glass panel keep the X3 Mesh’s appeal very high.

Be sure to check out t