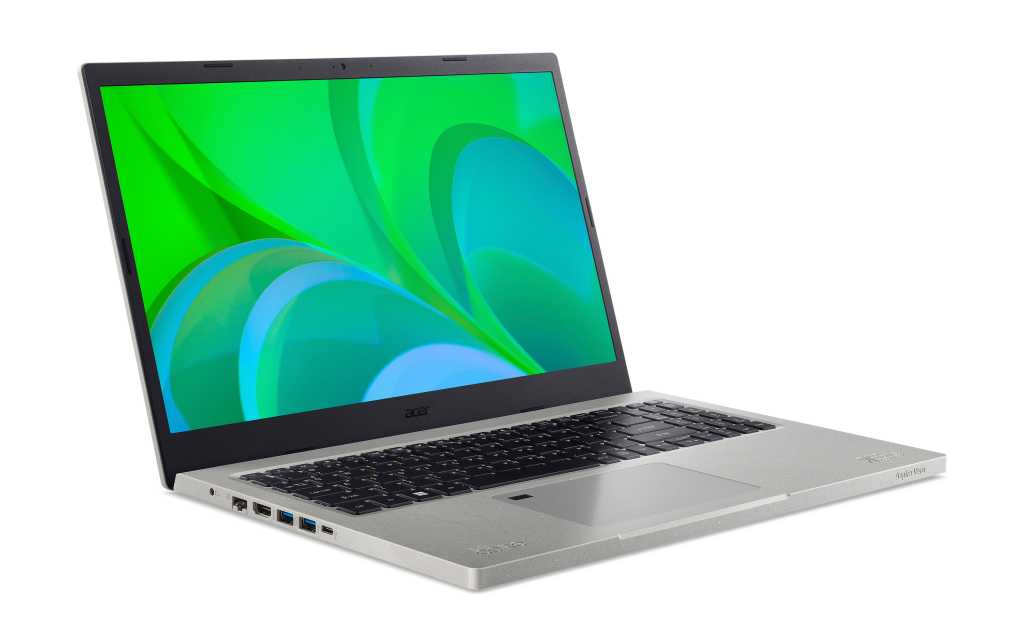 Just a week or so after formally announcing its first Acer Vero eco-friendly PC, Acer is expanding the lineup with new consumer and commercial devices, including the Acer TravelMate Vero.

Acer launched its Vero brand in May, as a way to alert consumers that Vero laptops were made with sustainable practices in mind. Acer launched the Acer Aspire Vero in October, with such features as key caps made from 50-percent PCR (post-consumer recycled) plastic and a chassis made from 30-percent PCR plastic, with no paint.

Acer has also rounded out the Vero lineup considerably. Today, Acer launched the Acer TravelMate Vero (TMV15-51), a 15.6-inch business laptop that incorporates the eco-conscious features of the Vero line. The chassis also uses 30 percent PCR plastic, and ships in 100 percent recyclable packaging. Inside is an 11th-gen Core processor (either a Core i5-1155G7 or a Core i7-1195G7), 16GB of DDR4 memory and up to a 1TB SSD. Acer also noted that the laptop includes a discrete TPM for Windows 11 support as well Acer ProShield Plus, its all-in-one security solution for encrypting and decrypting data. In all, the TravelMate Vero measures 14.3in. x 9.4in. x 0.7in. and 3.97lb.

Acer’a Veriton Vero Mini also takes the Vero ideals to the mini-PC space. It uses 25 percent PCR plastic (not 30 percent) throughout its chassis, and is available in one-, two-, or three-liter sizes, Acer said, with a variety of Core vPro commercial processors working alongside various options of disc drives, storage spaces and ports. It, too, ships within a 100 percent recyclable box.